Here is a list of all the games I’ve made for jams or as concepts (sorted chronologically): 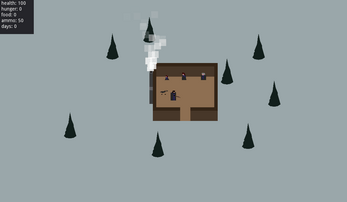 Blood Snow and Wolves: Made for Ludum Dare 43. It’s been a long winter, and unfortunately you’ve just ran out of food. Grab your gun and dog and head out to hunt before you starve to death. 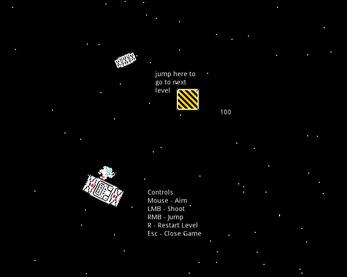 Interstellar Wreckage: Interstellar wreckage is a top down zero-g platformer game experiment I did. jump around and get to the exit of each level. You can use your gun to propel backwards or knock debris out of the way 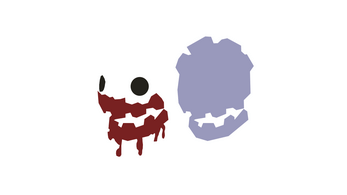 The 800 Page Hedgehog and Bunny Epic (LD40):  A great calamity has befallen the land; the treacherous Hedgehogians have betrayed the noble Bun families. They seek blood and the rabbits need your help to survive.

There are three acts, each with five levels. In each level you control an additional character.

Dimming Eyes (LD39): You’re a security guard caught in a top secret lab as the power goes out: escape the overrun facility before the light runs out.

Room for One (LD37 Entry): A top down black-and-white space horror.

It’s The Room (LD32 entry): A puzzle game where you move the room instead of the character.

Minimal Duel (LD31 entry): Duel other suitors to win the hand of the princess.
Duelists are so expert in this world that sometimes they duel each other twice simultaneously.

Project Ariel: Platformer shooter where you have the ability to levitate guns and items. Made for Indies vs Pewdiepie Jam.

InterSection (LD30 entry): There are two worlds , the world of X and the world of Z, united upon one point, the Y axis. The Y axis has come alive and desires to explore to the ends of both the X and Z worlds.

Pact: Someone is using hypnosis to fill a pact, and people are dying. Made for the Indie Game Maker Contest.

Shadowless: In a peaceful village a demon is waiting until dark to kill everyone. The only way to recognize it is by its lack of a shadow.
Kill it before night falls!